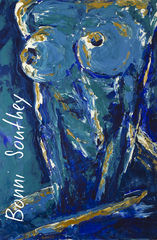 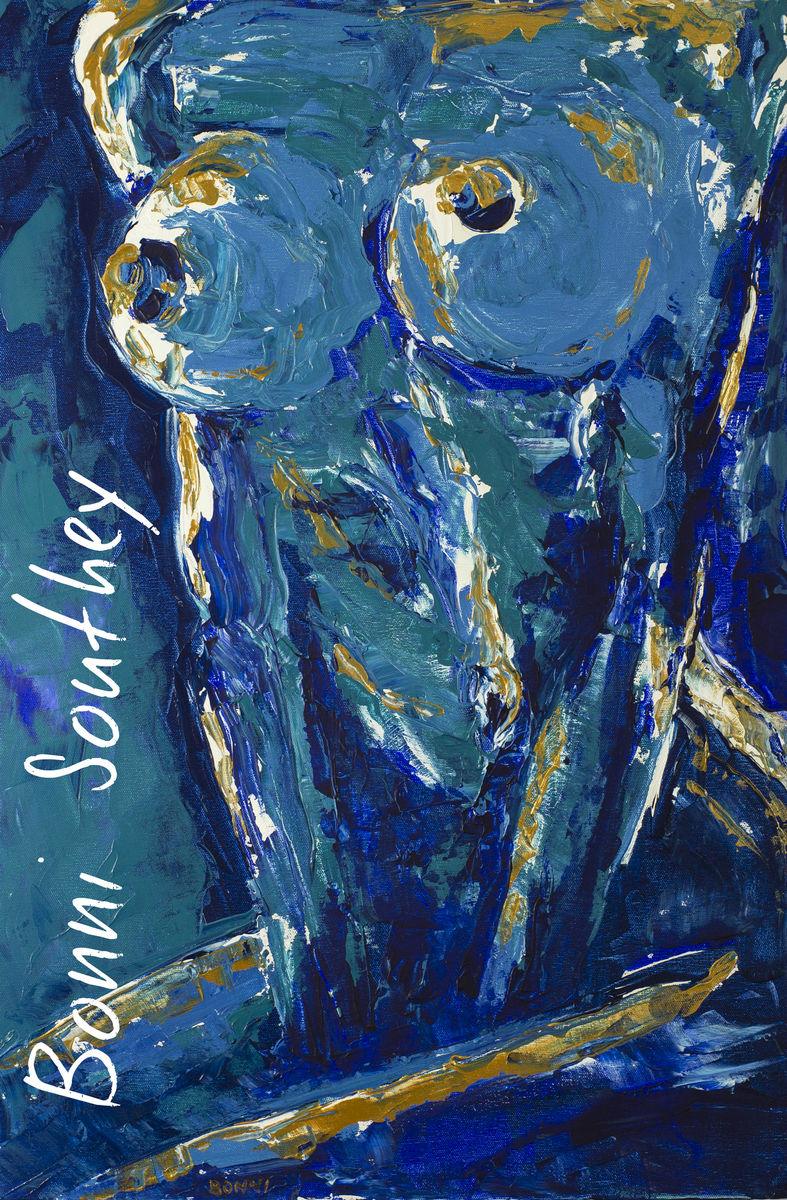 The Blue Nude erupted onto the canvas in 45 minutes flat - this lady urgently and desperately needed to be brought through into existence. I had been staring at a blank canvas for a couple of weeks - trying to conjure time and meaning to 'get to it'; with her pose and shape already configured in my mind......it's no wonder she was so impatient....ready, steady..........wait

Four colours on a flat palette and a brand new bendy palette knife, and we were away........after concentrated, unbroken painting for nearly half an hour, it was time for a cuppa, and to share the excitement of the new piece with a good friend.

'I love the faces' she said.........which was the first time I even noticed that there was a veritable menagerie that had crept in with her - deer, horses - even as I protested that 'she doesn't have a face'.

That was the beginning. There is probably a more eloquent name to be penned for this piece, but I like the immediacy and simplicity of Blue Nude - a lady who is overt, strong and enthusiastic in her straightforward approach to life, and has the subtle support of the animal spirits, as totem guides. Powerful.

The 'Bonni Southey' signature as a TM is not on the finished artwork, which is mounted ready for framing. In case you were wondering..;-)
Limited Edition Print of 90 on Linen paper, size, including mount is 42cm x 56,5 cms, polythene wrapped 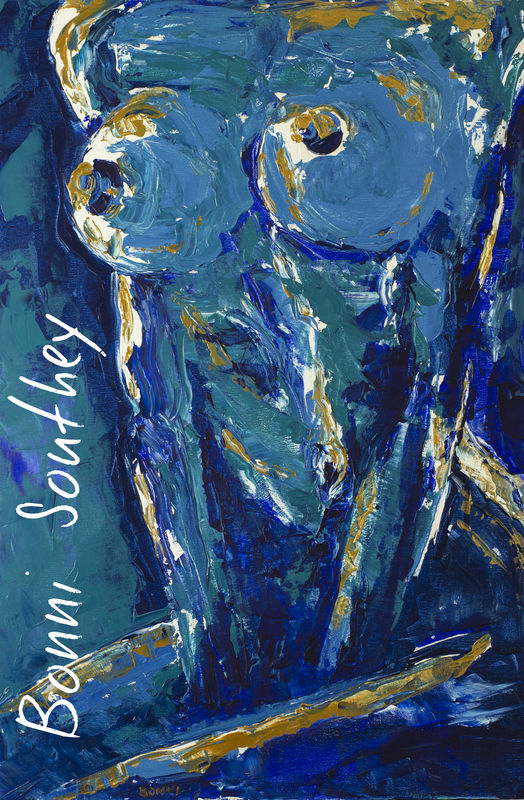 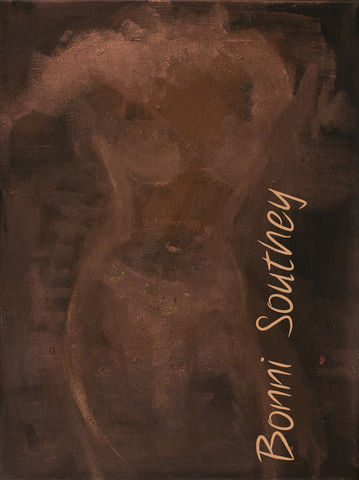 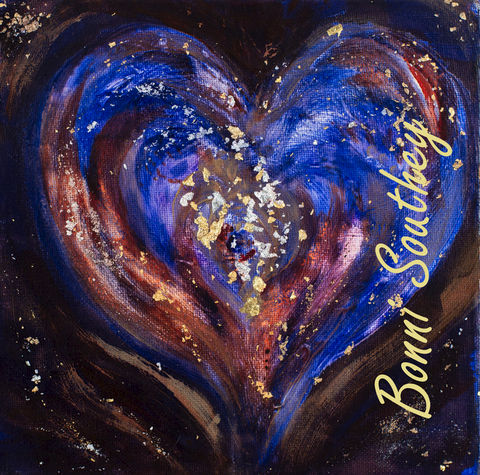 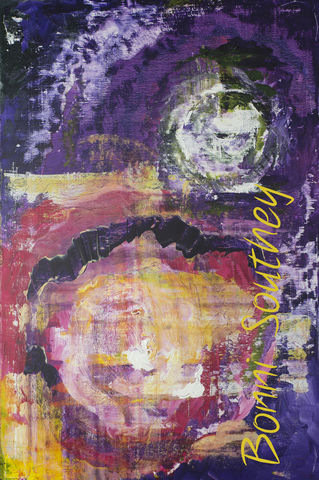 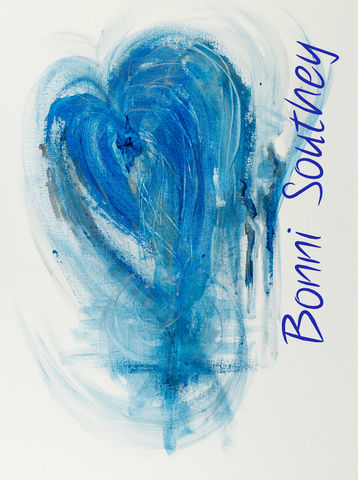 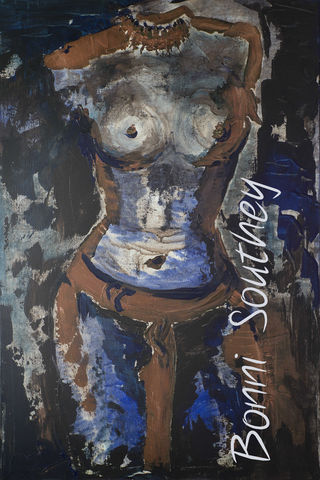 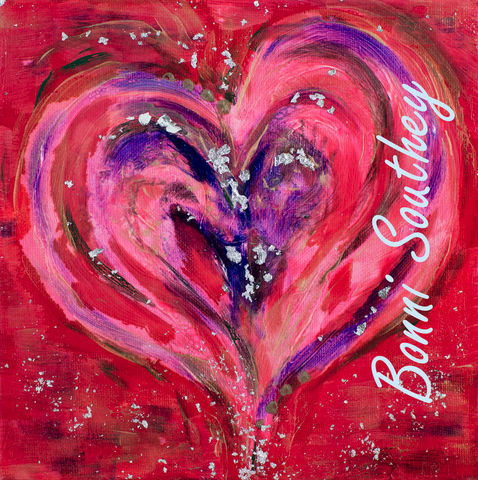 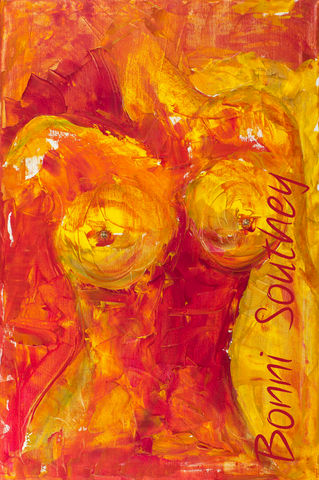 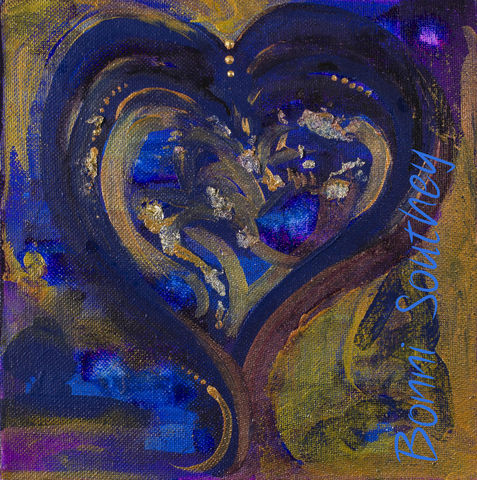 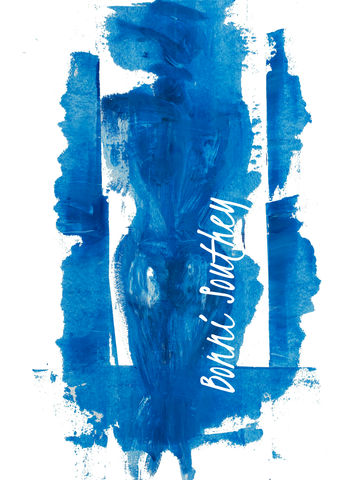 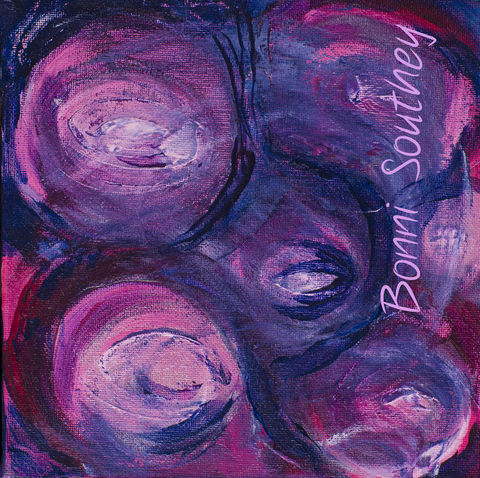 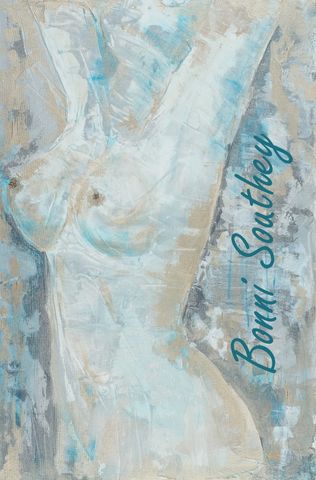 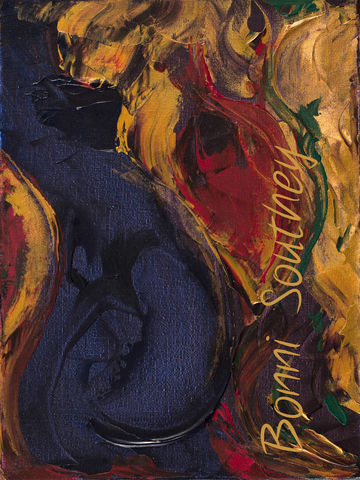 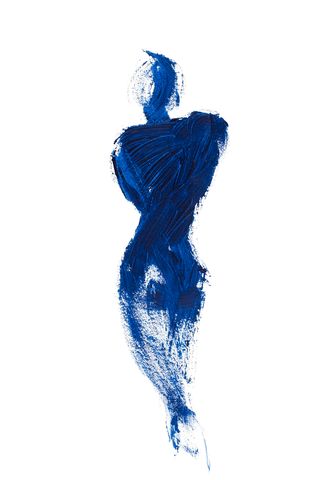 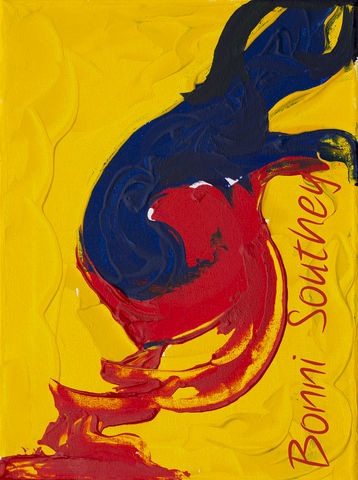 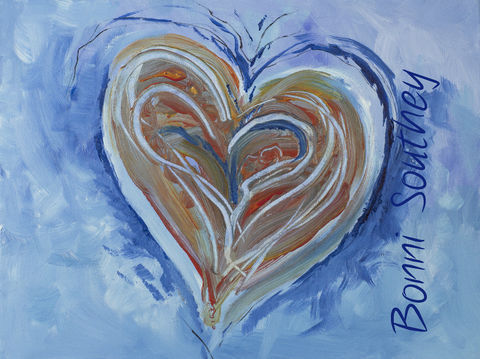 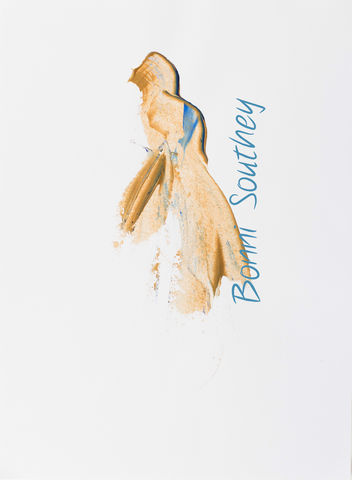 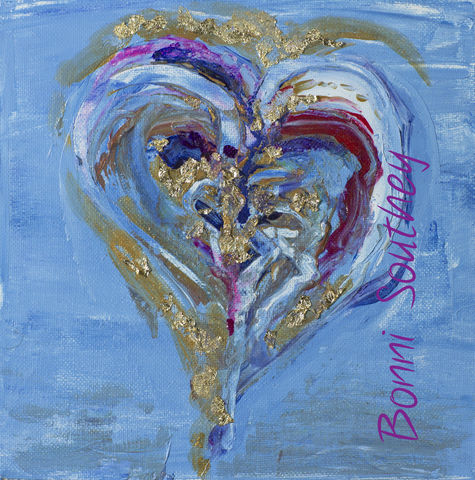 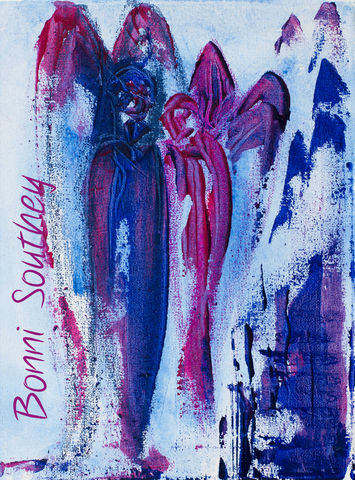 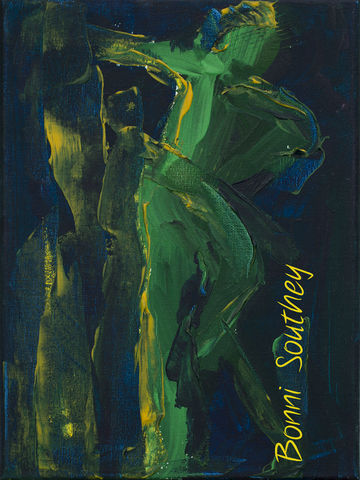 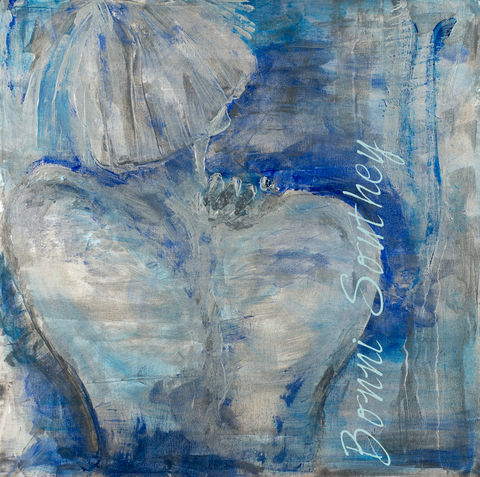 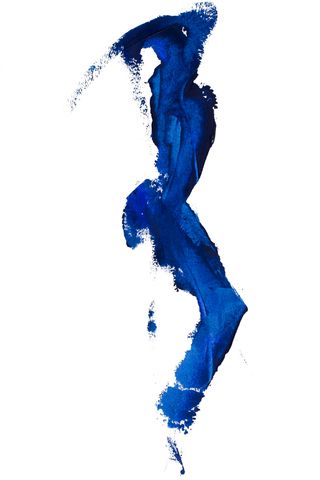