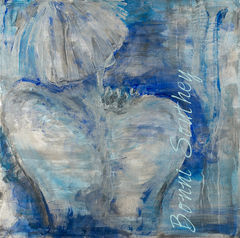 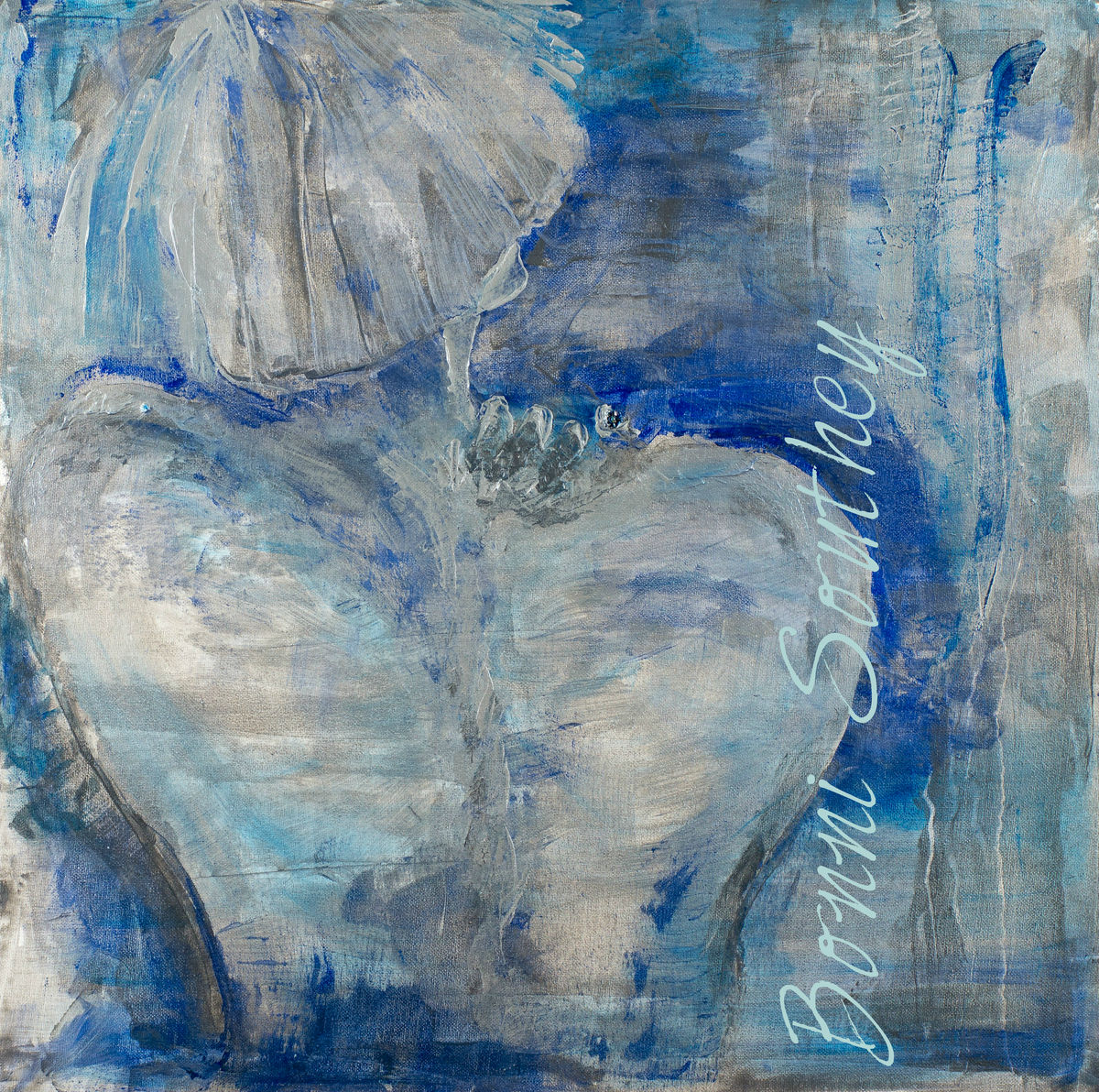 Well......this one was a real surprise...;-).....I set out to paint something I thought would be called 'Venus Retrograde'.
A demure feminine back view, symbolic of the planet's retrograde motion in the heavens at the time - a time astrologically when not all is revealed, or is as it seems.

I was drawn to use metallic silver paint - even though my lovely photographer/printer would have rolled her sparkly eyes a bit; "You do like your metallics, don't you?" (much more difficult to capture metallics in images). And then I was rolling.....

Trusty bendy palette knife in hand, meditation in mind, and images onto canvas.......it was only when my child strolled through and casually said, 'You've got aliens kissing on her back' that I started to see what was transpiring on the canvas.....angels, aliens, symbols...

Well. I'm still digesting that innocent observation. What do you think? Who and what do you see when you view the canvas? Do you see the peaceful angels in waiting? Do you get the great feeling of anticipation...?

The 'Bonni Southey' signature as a TM is not on the finished artwork, which is mounted ready for framing. In case you were wondering..;-)
Limited Edition Print of 90 on Linen paper, size, including mount is 42cm x 42 cms, polythene wrapped 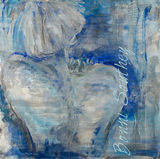 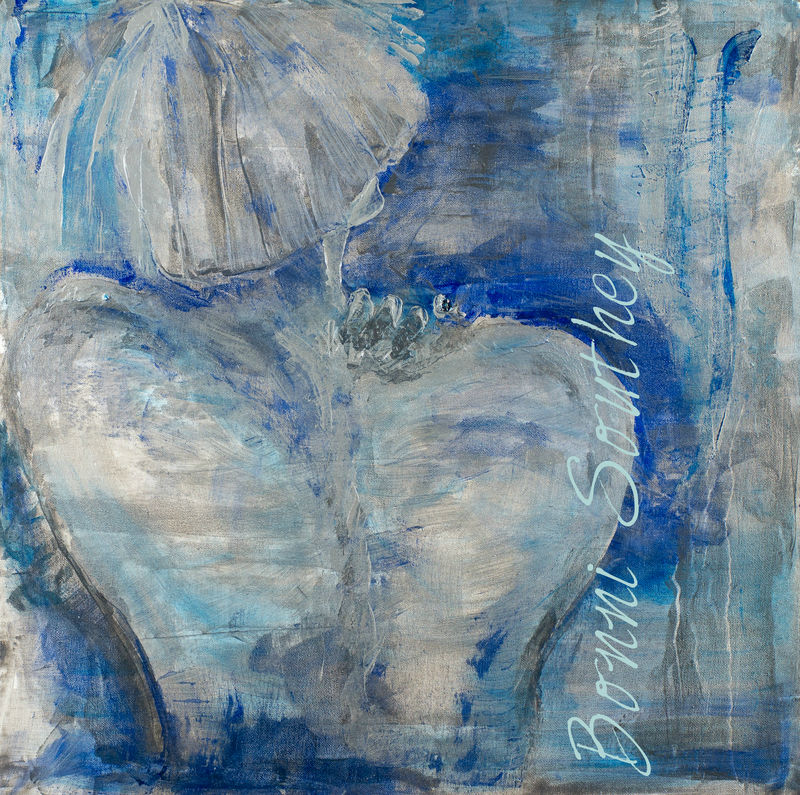